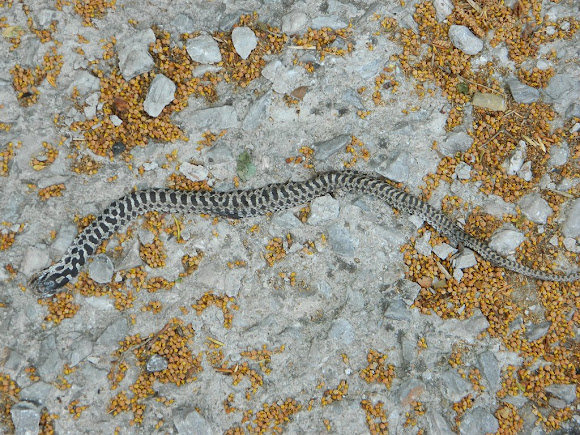 Elaphe quatuorlineata is a non-venomous species and one of the largest in the Colubridae. The four-lined snake favours areas with a Mediterranean climate and is found in habitats featuring vegetation, stone walls, sparse woodland, forest margins and deserted buildings. In the winter, individuals spend their time in deserted rodent burrows in groups of four to seven. Their behaviour is generally calmer than that of other snakes (seldom hissing or striking) and they are usually active in the morning and late afternoon. Excellent climbers, they can often be found in the tops of trees. The pictured dead immature elaphe quatuolineata snake, was spotted on the side of a road, in Pelion mountain, and it was probably killed by a passing car.