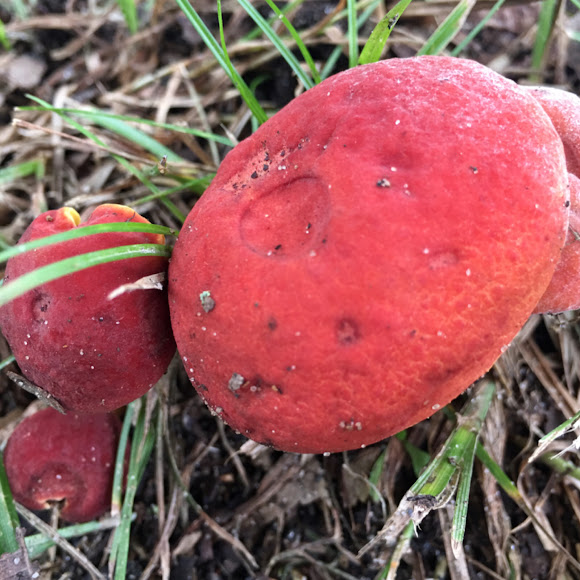 e the genus Lactarius, russulas have a distinctive flesh consistency, which is also reflected in the appearance of the gills and stipe, and normally makes them immediately recognizable. They have no trace of a veil (no ring, or veil remnants on the cap). The gills are brittle except in a few cases, and cannot be bent parallel with the cap without breaking. Hence the genus Russula is sometimes known colloquiallyas "brittle gills".They have splitting gills and do not exude a milky substance at cut surfaces, contrary to the genus Lactarius. Presence of large spherical cells, 'sphaerocysts', in the stipe is an important characteristic feature to distinguish the members of Russulaceae from other mushrooms. In Russula, the stipe breaks like the flesh of an apple, while in most other families it only breaks into fibres. While it is relatively easy to identify a sample mushroom as belonging to this genus, it is a significant challenge to distinguish member species of Russula.

Around 750 worldwide species of ectomycorrhizalmushrooms compose the genus Russula. They are typically common, fairly large, and brightly colored – making them one of the most recognizable genera among mycologists and mushroom collectors.

Could you please make a photo from the underside also. I suspect that this is not a Russula sp. but Boletus Campestris