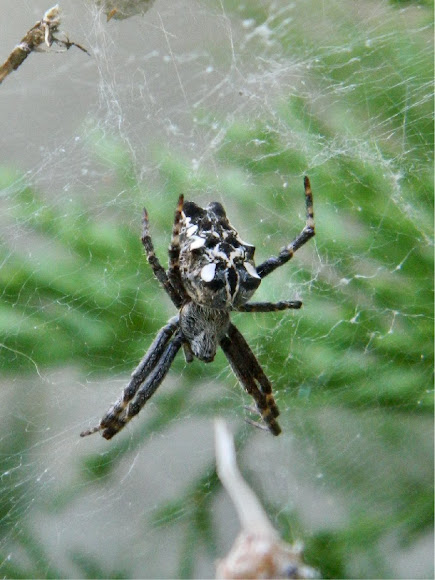 Cyrtophora citricola, also known as the Tropical Tent-Web Spider, is an araneid spider that occurs in the warmer parts of Europe and elsewhere. Although it is in the family commonly called Orb Web Spiders, this spider does not build orb webs. Their horizontal web forms a cone in the middle, with many support lines holding it. The web is not sticky, and spiral and radials are constructed from the same silk. Unlike in orb webs, all cells in the web are rectangular. The pictures female and her egg sacs, were spotted near Millies village, Pelion mountain, Greece.