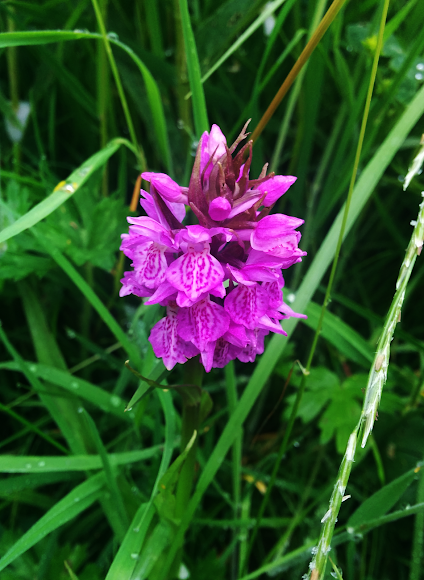 Rich mauve-purple flowers, can be pale pink, up to 50 grow on a robust hollow stalk that can reach 10-35cm in height. Differentiated from the similar Southern Marsh-orchid by the red loops enclosing the dots and dashes on the petals (the markings never form a loop on the Southern). Not particularly common, and very scarce in the north of the UK. Flowers between May and July.

Found only in marshy calcareous grassland in base-rich soils

Found at Framlingham Mere, Suffolk - came across a couple of these plants hiding within the sedge beds. They were no more than 20cm high.