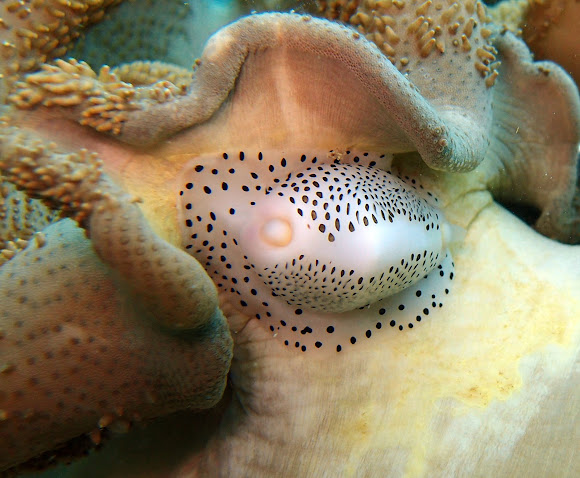 Indo West Pacific.This species is mainly distributed in the tropical South East Africa and in the Western Pacific Ocean, in the waters along Madagascar, Mascarene Islands, Red Sea, Indonesia, Thailand and Philippines. Living cowries can mainly be encountered in daylight under soft corals, sponges and rocks in shallow to deep waters at a depth of 20-50 m. They primarily feed on the polyps of Leather Corals (Sacrophyton and Lobophytum species, Alcyoniidae). At night they spread their mantles on the top of the soft coral and start grazing on the polyps.