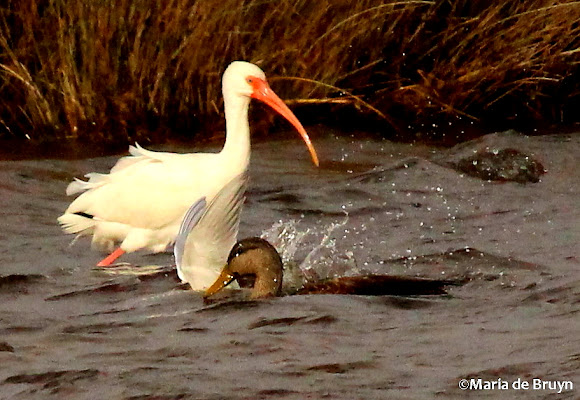 This ibis is a medium-sized bird with an overall white plumage, bright red-orange down-curved bill and long legs, and black wing tips that are usually only visible in flight. During the breeding season, the American White Ibis gathers in huge colonies near water. Pairs are predominantly monogamous and both parents care for the young, although males tend to engage in extra-pair copulation with other females to increase their reproductive success. Males have also been found to pirate food from unmated females and juveniles during the breeding season.

Pea Island National Wildlife Refuge, foraging in the company of other bird species