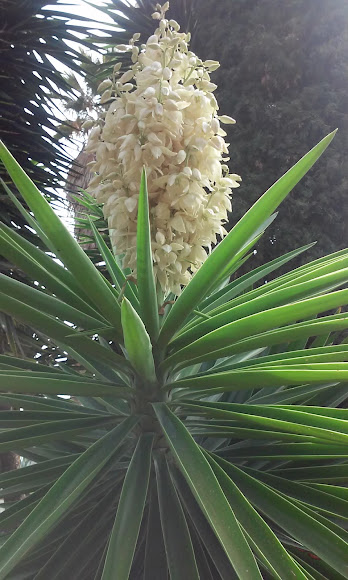 Izote belongs to the family Agavaceae ( Agavaceae ) ; since 1965 is officially the national flower of El Salvador. There are about 50 species in the genus Yucca . Has been widely used fiber leaves to manufacture sacks and bags during the First World War around 4 million kilos of leaves were used to prepare bags.

Flowers are a saucer expected during the year in many parts of Mexico and Central America when the Izote starts flowering in summer. One of the most common dishes is the fried izote flowers stuffed with cheese, and others that are prepared capeados . Among its main therapeutic uses they are as a diuretic and for various respiratory conditions . It contains a good amount of steroidal saponins which could validate its use as a diuretic , for arthritis, as a contraceptive and as a soothing cough .