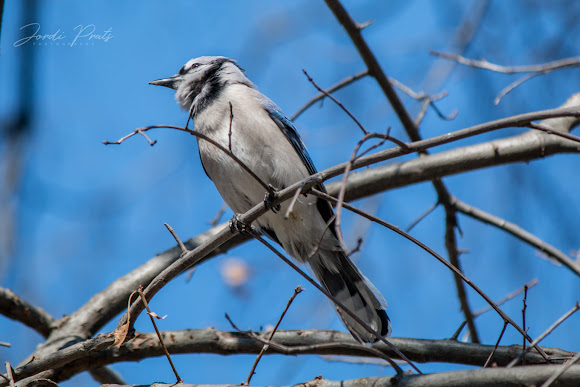 With a pronounced crest on the head, a crown of feathers, Its plumage is lavender-blue to mid-blue in the crest, back, wings, and tail, and its face is white. The underside is off-white and the neck is collared with black which extends to the sides of the head. The wing primaries and tail are strongly barred with black, sky-blue and white. The bill, legs, and eyes are all black. Males and females are almost identical, but the male is slightly larger.

Spotted at The Ramble area, central Park, New York. The blue jay occurs from southern Canada (including the southern areas of provinces from Alberta eastward to Quebec and throughout the Atlantic provinces) and throughout the eastern and central United States south to Florida and northeastern Texas.