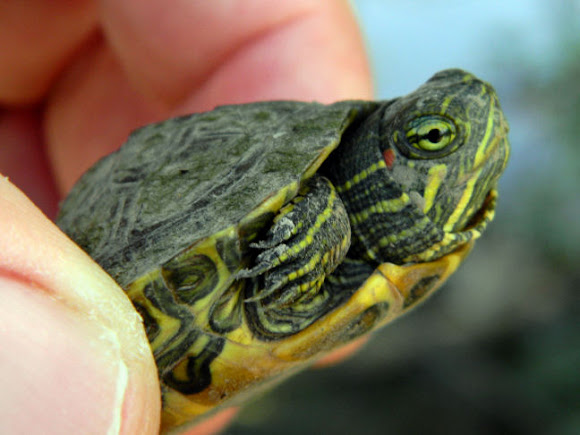 A juvenile red-eared slider found in the aftermath of flooding caused by the remnants of Tropical Storm Bill. One of the most common semi-aquatic turtles in Missouri.

Found on a paved, public fishing access walkway jutting into Lake Springfield (a dammed section of the James River). The James River near Springfield, Missouri, had risen to a new record level of 22.2 feet on the previous day. The last photo is a habitat shot.

"Trachemys scripta, usually T. s. elegans, is probably the most widely illustrated turtle in the world..." http://nas.er.usgs.gov/queries/factsheet... The turtle was moved off the path to the edge of the lake.