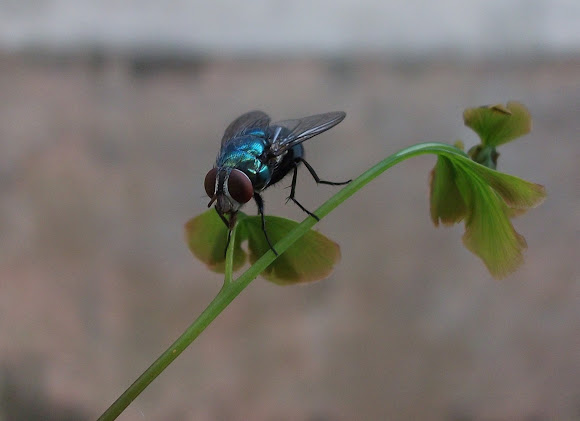 The name green bottle fly (or greenbottle fly) is applied to numerous species of blowfly, in the genera Lucilia and Phaenicia (the latter is sometimes considered a subgenus of the former). These flies are found in most areas of the world, and the most well-known species is the common greenbottle, Phaenicia sericata (or Lucilia sericata, depending on authority), though there are other common species such as Lucilia caesar, Lucilia cuprina, Lucilia coeruleiviridis, and Lucilia illustris. The maggots of this fly are known to preferentially consume dead tissue while leaving live tissue intact, and so have been sold for use in maggot therapy, primarily during the years before the widespread use of antibiotics and medicines and in modern times due to a resurgence of medical literature documenting their effectiveness. These flies are known to lay eggs in cadaver tissue in the wild within hours after death. The developmental stage of their larvae in the cadaver can be used to accurately predict the time death occurred. (wikipedia)