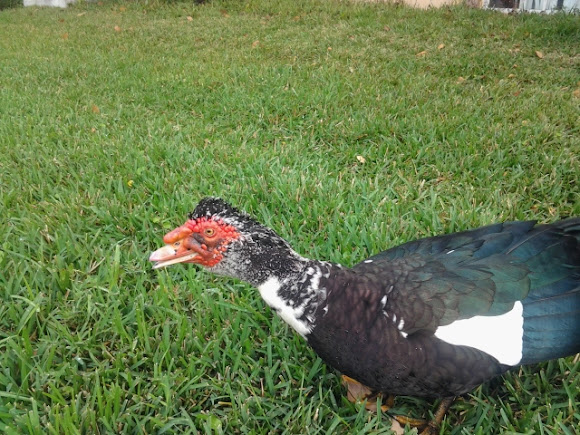 The Muscovy Duck (Cairina moschata) is a large duck native to Mexico, Central, and South America. Small wild and feral breeding populations have established themselves in the United States, particularly in the lower Rio Grande Valley of Texas, as well as in many other parts of North America, including southern Canada.

This non-migratory species normally inhabits forested swamps, lakes , streams and nearby grassland and farm crops, and often roosts in trees at night.