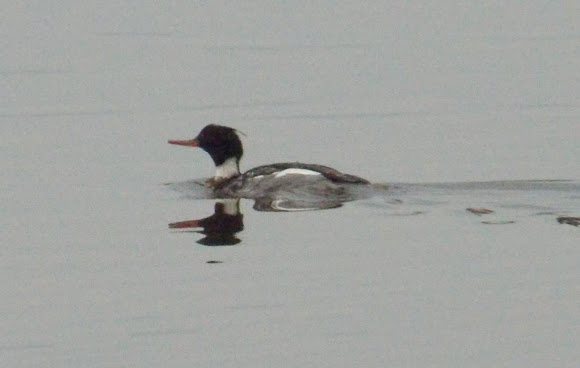 These ducks can look both similar and different compared to the Common Merganser. The long spiky feathers in the back of head look more ragged on the males and the females. Bill is orange, thinner and has a slight upward curve and almost barely visible nail on end and eyes are red.. The males will have a dark green head, white collar and reddish brown breast that's speckled. Black back, white collar, white patch along sides and grey flanks and tail. Pale while white chin and red eyes. Females have a rusty head and body pale to dark gray which may look almost light brown. Pale underparts.

Spotted not far from Common Merganser while searching for Eurasian Wigeon.