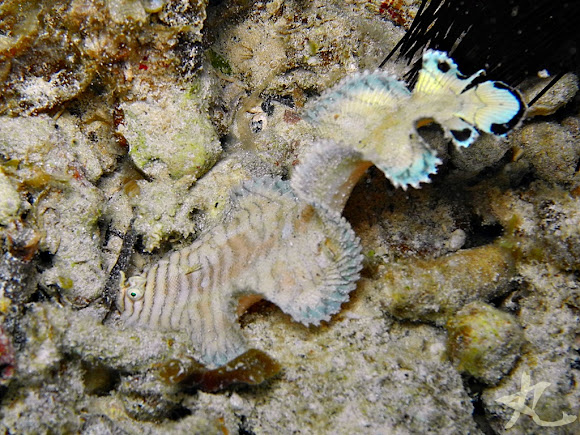 Also known as Aesop Sole, Tiger Sole and Banded Sole, this tropical fish is a nocturnal animal that is adept at camouflaging itself by hiding beneath the sand. It moves like a flatworm -- undulating its fins -- when it swims. It grows to a maximum of 18cm in length.

Spotted this sole during a night dive in less than 5m of water, off the eastern coast of Talikud Island, Samal, Philippines. It measured about 15cm long. Earlier, I'd also spotted a much smaller specimen, which I thought was a flatworm because of the way it moved. The smaller one measured less than 4cm but looked exactly like this one.