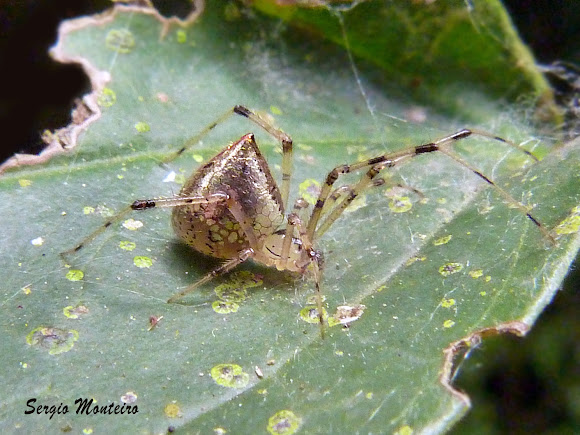 Spiders of the genus Argyrodes (Theridiidae), also called dewdrop spiders, occur worldwide. They are best known as kleptoparasites: they steal other spiders' prey. They invade and reside in their host's web even though they can spin their own webs. (Wikipedia).

What a beautiful spider!