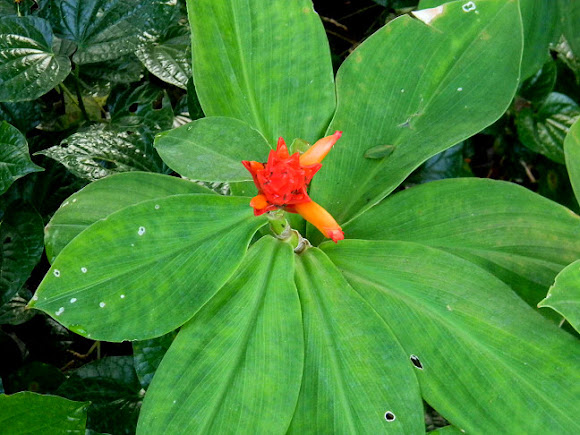 Said to be "a rare member of the Costus family", Costus osae, native to Costa Rica was first described in 1997. It is however growing at a number of (park) locations in Singapore.

Thanks for the ID Jonathan Hiew.