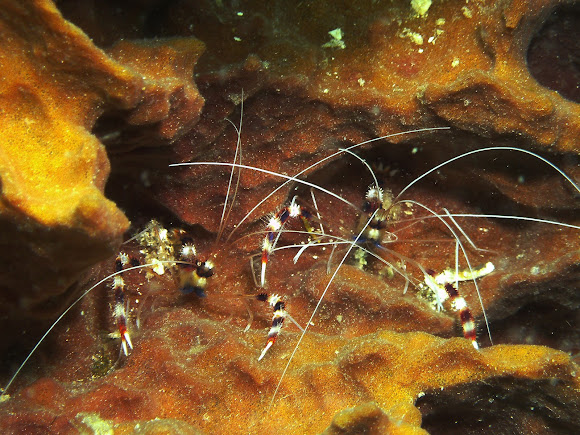 Stenopus hispidus lives below the intertidal zone, at depth of up to 210 metres (690 ft), on coral reefs. It is a cleaner shrimp, and advertises to passing fish by slowly waving its long, white antennae. S. hispidus uses its three pairs of claws to remove parasites, fungi and damaged tissue from the fish. Stenopus hispidus has a pan-tropical distribution, extending into some temperate areas. It is found in the western Atlantic Ocean from Canada to Brazil, including the Gulf of Mexico. In Australia it is found as far south as Sydney and it also occurs around New Zealand.