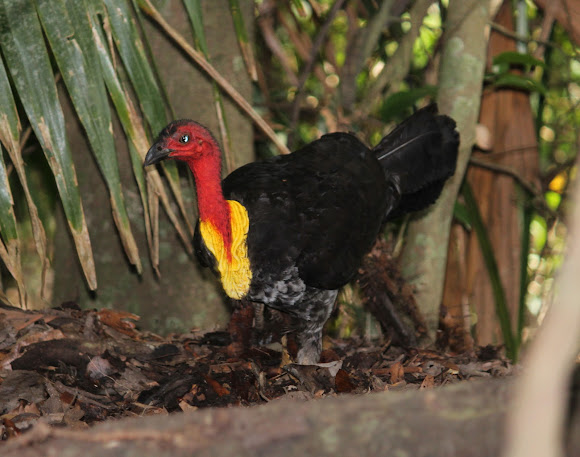 It is a spectacular large bird with black feathers and a red head. Its total length is about 60–75 cm and a wingspan of about 85 cm. t has a prominent, fan-like tail flattened sideways, and its plumage is mainly blackish, but with a bare red head, and a yellow wattle. The male's wattle becomes much larger during breeding season, often swinging from side to side as they run. The males' heads and wattles also become much brighter during the breeding and nesting season.

Yes they're lovely. Thanks Kwestbeld.

Cindy stole what I was going to say. Amazingly colorful bird.

Wow, he's spectacular! Our turkeys are boring in comparison!