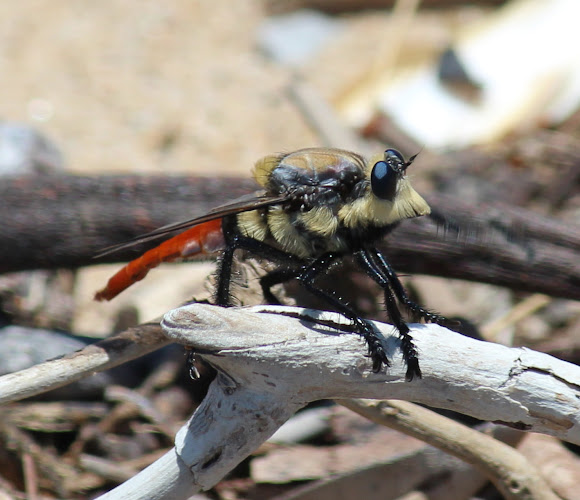 At first I thought this was a dragonfly, though once it landed it made me think of a Robber Fly though it was much bigger than any I'd seen before. It measured about 3cm in length, its abdomen was bright red-orange & it had a fluffy face. Definately the first time I've seen this insect.

Fantastic! Thanks so much MacC for the ID.

I loved it too Gilma, unfortunately no ID as yet. Thank you :)

A bearded Robber Fly!!?? Very interesting!! It is gorgeous whatever it is, hope you get an ID.

Thank you Lauren! I love him too!

Beautiful Robber Fly! Love it, and it is huge!