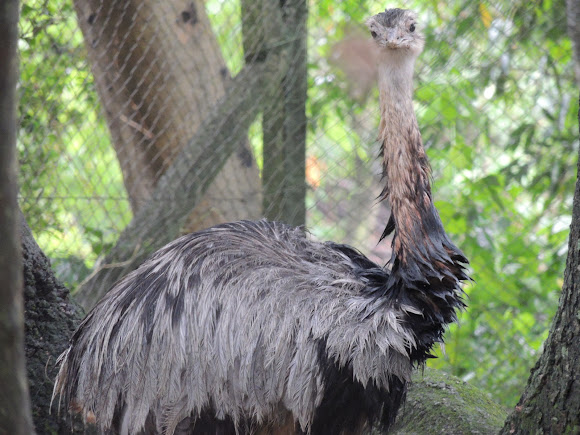 The Ema is considered the largest Brazilian bird, measuring 1.50m tall and weighs about 25 pounds. Despite having large wings, the emu can not fly and uses its wings for balance and change of direction in the race. The reproductive phase begins in October. In the mating season, the males open their wings and give their dance steps.

Plains of South America, from Brazil to southern Argentina, lives in grassland and savanna regions.