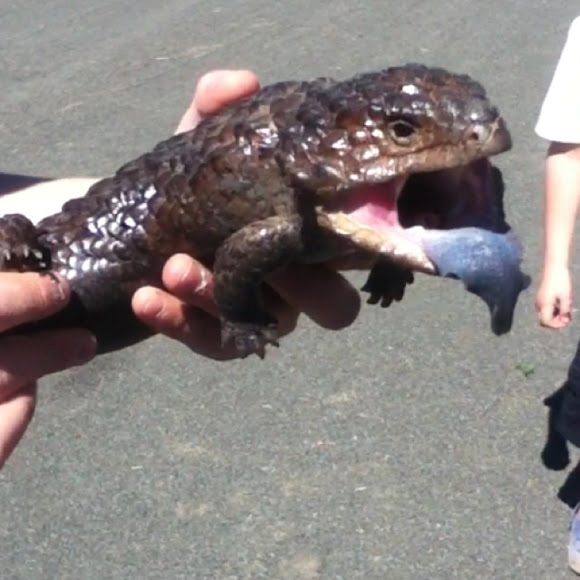 Shinglebacks usually live in open country with lots of ground cover such as tussocky grasses or leaf litter. They shelter at night among leaf litter or under large objects on the ground such as rocks and logs. Early in the morning the lizards emerge to bask in sunny areas before foraging for food during the warmer parts of the day. Like all lizards, Shinglebacks do not produce their own body heat, and rely on the warmth of their surroundings to raise their body temperature. Shingleback Lizards maintain a body temperature of about 30°C - 35°C when active. During cold weather they remain inactive, buried deep in their shelter sites, but on sunny days they may emerge to bask.