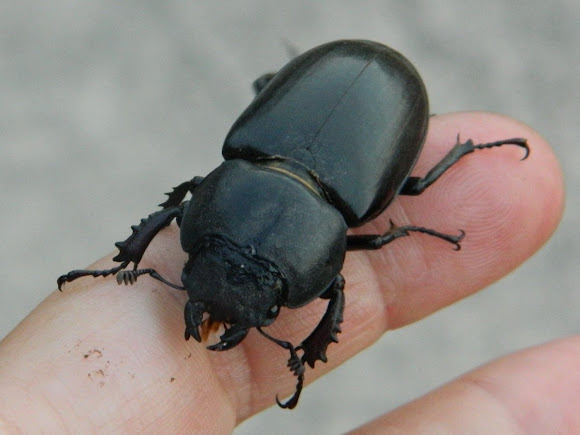 Lucanus cervus is the best-known species of stag beetle (family Lucanidae) in Western Europe, and is the eponymous example of the genus. L. cervus is listed as Near Threatened by the IUCN Red List. Sexually dimorphic, the males have enlarged mandibles and are larger than the females. Although the male's mandibles seem threatening, they are too weak to be harmful. Nevertheless, females can inflict a painful bite. Despite that, I had to rescue this large female from the middle of the street, so I transferred it to a safer environment. Spotted and photographed in Tzoumerka mountains National park, Epirus region, Greece.