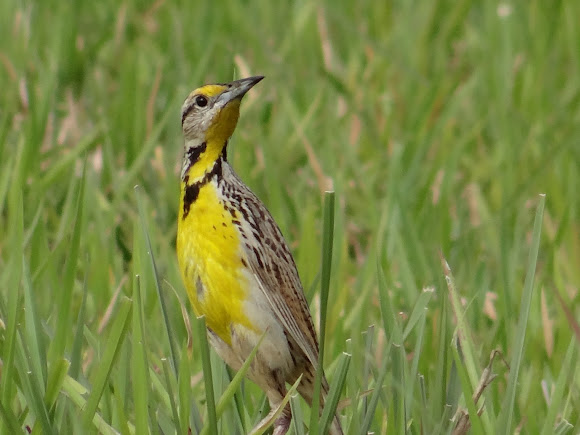 The Eastern Meadowlark is a medium-sized icterid bird, very similar in appearance to the Western Meadowlark. It occurs from eastern North America to South America, where it is also most widespread in the east.

Thanks harsuame and susan, they are widespreaded all over the world! that is one of its bestthings