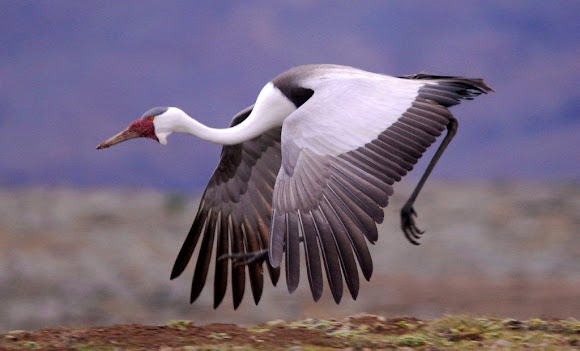 The Wattled Crane is the largest and rarest of the six crane species that occur in Africa. At a height of up to 175 cm (5.74 ft), it is the largest crane in Africa and is the second tallest species of crane, after the Sarus Crane.There are no subspecies.

The Wattled Crane is the most wetland-dependent of Africa’s cranes. Wattle Cranes inhabit fairly inaccessible wetlands under most conditions. It requires shallow marsh-like habitats with a good deal of sedge-based vegetation.

I took this picture in the Bale Mountains National Park (Ethiopia).

Look at its form! Wow.