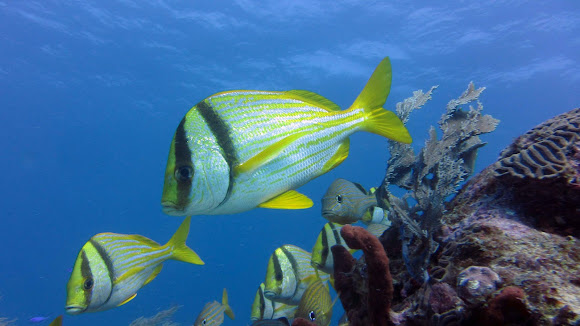 Inhabits coral reefs and hard bottom habitats from the shore to at least 50 m. Feeds on molluscs, echinoderms, annelids, and crustaceans, from Florida all the Caribbean sea, Central America to the north of Brazi