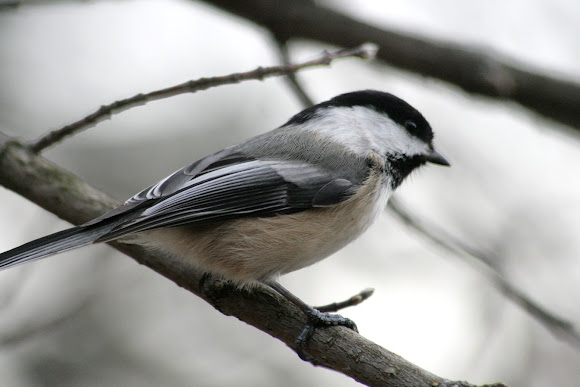 Found throughout Canada, and northern parts of the States. Prefer either deciduous or mixed forests. The very similar Carolina Chickadee is found further south. This one was spotted in Sunnybrook Park in Toronto.

Eats mostly insects. Also, they tend to hang out in groups -- and this was one was spotted among another half a dozen at least.