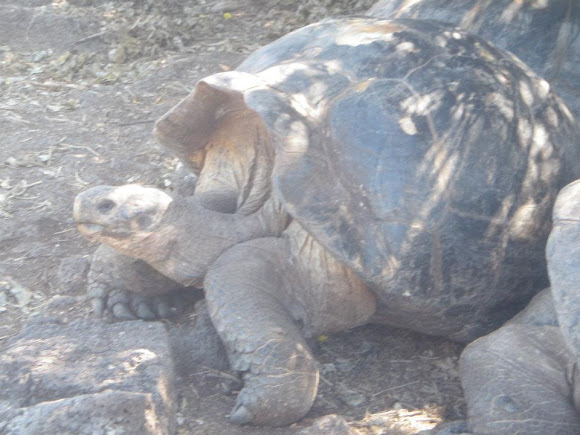 Large tortoises around 400lbs in weight. These were in a small group of around 10. The smaller one is an actual hatching reared at the Charles Darwin Research Center in Santa Cruz to help restore population levels.

These were in a wide pen in the Charles Darwin Center in Santa Cruz. This population is used to breed the species and then distribute them around the island. This subspecies is particular to the island of Santa Cruz.

Please consider adding this spotting to the Galapagos mission at: http://www.projectnoah.org/missions/1478...