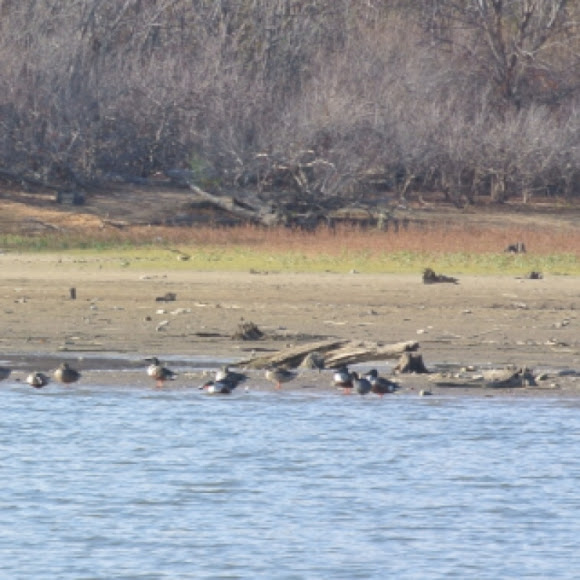 Dimorphic species. Males have a black head that shows iridescent green in good light. The breast is white while the abdomen and flanks are chestnut. The dark back shows some brown mottling and white streaking. The black rump may also show iridescent green. The bill is black. Females are mottled brown overall with darker upperparts and a faint dark eye line. The bill is grayish-orange. Both genders have yellow eyes, bright orange legs and feet and an iridescent green speculum and powder blue wing patch visible in flight.