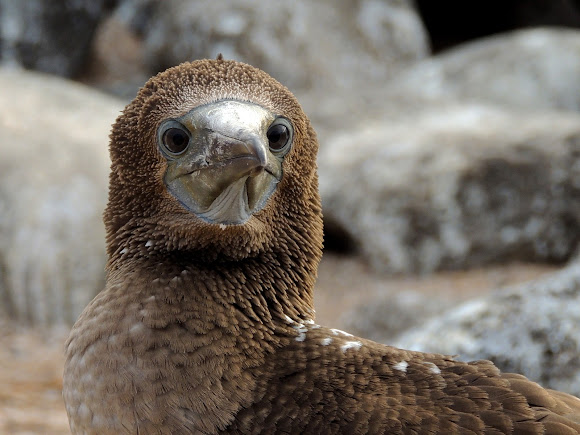 The Blue-footed Booby was first studied extensively by Charles Darwin during his trip to the Galapagos Islands. Its closest relative is the Peruvian Booby. The two boobies probably split off from each other in the recent past, because they still share a lot of ecological and biological aspects. The name booby comes from the Spanish term bobo (which means 'stupid', 'fool' or 'clown') because the Blue-footed Booby is, like other seabirds, clumsy on land. They were also regarded as foolish for their apparent fearlessness of humans.

Thanks Maria! I loved these guys - they are just so comical - I can see how they got their name!