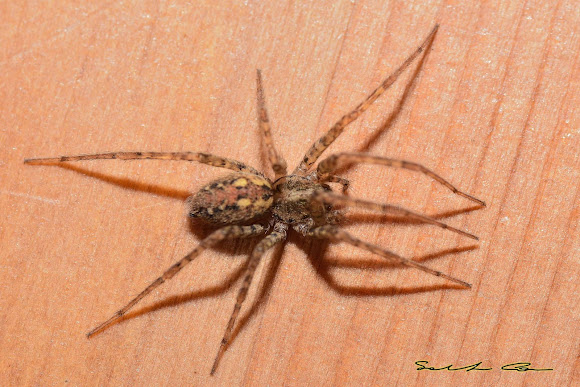 Malthonica ferruginea or charcoal spider is a European reddish, rather common spider with rusty markings on its back. The body looks rather similar to T. parietina, however the legs are much shorter and the funnel web built lacks backdoor exit. It is sometimes also considered to be of the genus Tegenaria, where it has been placed for over 160 years before being transferred to Malthonica in 2005. Females grow up to 14 mm, males up to 11 mm. The spider lives mostly near the ground, in forests and in buildings. Adults appear from May to October.