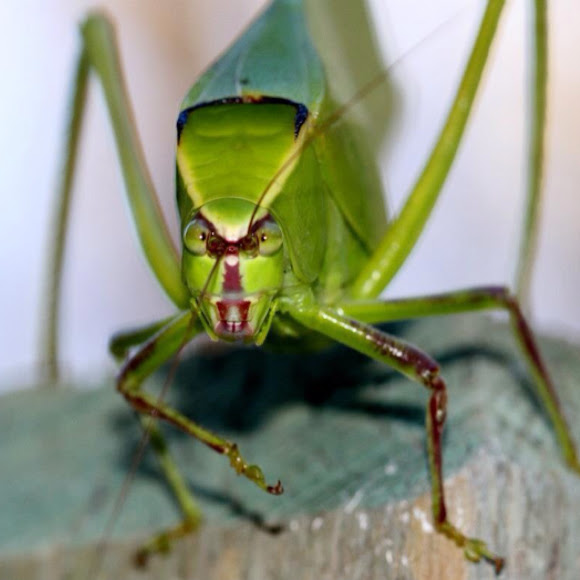 Tettigoniids may be distinguished from grasshoppers by the length of their filamentous antennae, which may exceed their own body length, while grasshoppers' antennae are always relatively short and thickened. The males of tettigoniids have sound-producing organs (via stridulation) located on the hind angles of their front wings. In some species females are also capable of stridulation. The males provide a nuptial gift for the females in the form of a spermatophylax, a body attached to the males' spermatophore which is consumed by the female. The function of the spermatophylax is to increase the attachment time of the male's spermatophore and thereby increase his paternity.[1] The eggs of tettigoniids are typically oval shaped and laid in rows on the host plant

There are about 255 species in North America, but the majority of species live in the tropical regions of the world.

reproductive behavior of bush crickets has been studied in great depth. Studies conducted in 2010 at the University of Derby by Karim Vahed, Darren Parker and James Gilbert found that the Tuberous Bushcricket (Platycleis affinis) has the largest testes in proportion to body mass of any animal recorded. They account for 14% of the insect's body mass and are thought to enable a fast re-mating rate