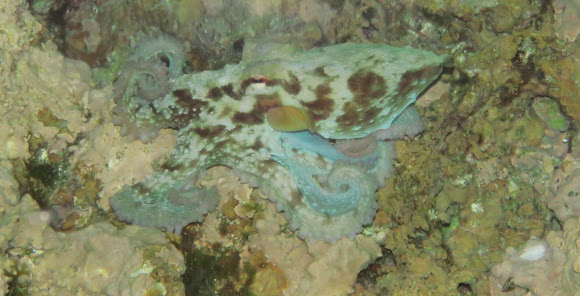 It appeared to measure some 15 cm from eyes to the tip of the mantle. It was difficult to estimate the length of arms, as they were kept under the body (but they did not look extremely long, eliminating Octopus macropus). It xlearly shows two rows of suckers on each arm, eliminating also genus Eledone. Blue-grey in color, with rusty-brown pattern.

As we did not have any glass to put in the water in front of camera, it was a real nightmare to photograph...