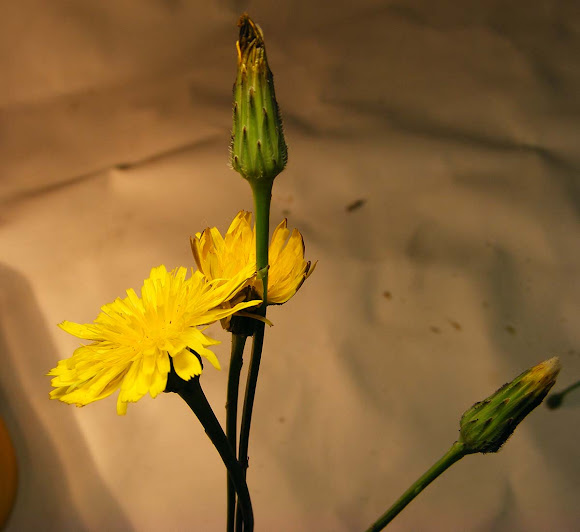 I know. It is among the industrial world's most common weeds. It is one spotting. I was trying to build a cheap little studio lighting set-up when it rained and these were in the back lawn. They were beautiful so they became the subject. The identity was changed from dandelion.

Your welcome Stephen. Recover from the Game?

All fixed. Thanks again Telse

You're so welcome Stephen. Beautiful shots of this flower.
I have some myself, in Canada.
Yes...Super Bowl, very important. lol

Hi Telsa. Thanks very much for that. I will recap after the Super Bowl and put it right :-)

Hello again Stephen. I believe you have an invasive plant here.
Here is a link to invasive plants of Australia.
Please scroll down to Flat Weed.
Notice the image of the Bud. It is the same as in your Spottings.
Hope this helped. Cheers.
http://www.iewf.org/weedid/All_common_na...

Hello Stephen. very nice images,especially the 3rd pic.
This looks more like Hawk Weed.
Dandelions grow on a single stem and do not have off shoots with Flower buds.
Notice the Bud on these Flowers and that of a Dandelion, they are different. Here is link for you.
http://www.bing.com/images/search?q=imag...