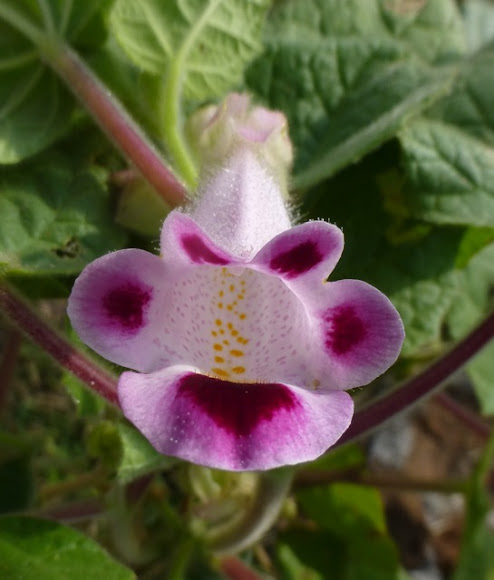 In an open grassy place near my house in Tamil Nadu, India.

The plant has medicinal values. In tribal pockets of Chhindwara and Betul Districts, Madhya Pradesh, root decoction is administered for snakebite. In Marudhamalai hills, tribes use the juice of leaf for epilepsy, tuberculosis and sorethroat. Besides these, the stem of the plant is used by Tantriks in some parts of India. In India the plant has been known long enough for it to constitute part of the traditional pharmacopia. Its leaf juice is gargled for sore throats, oil from its fruits and seeds is smeared onto scabies infections, a paste of the seeds and fruits is thought to be effective for bites of venomous insects and scorpions, and more. http://waynesword.palomar.edu/ww0801.htm....

thanks to Nuwan for the ID! I found a similar spotting amongst his collection, with name!