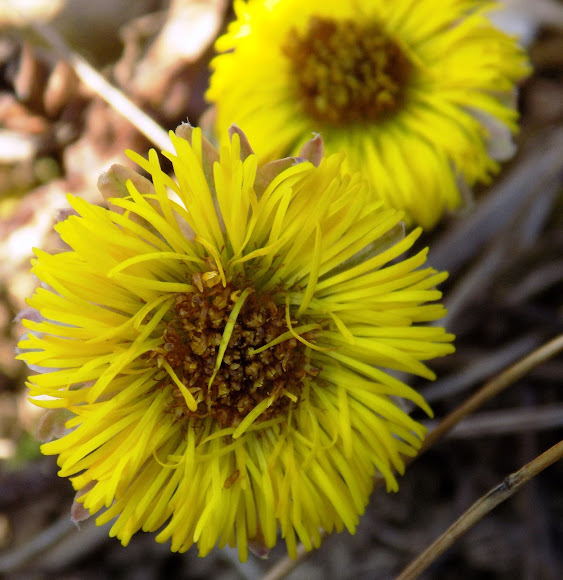 The flowers, which superficially resemble dandelions, appear in early spring before dandelions appear. The leaves, which resemble a colt's foot in cross section, do not appear usually until after the seeds are set.

Coltsfoot is widespread across Europe, Asia, and North Africa, from Svalbard to Morocco to China and the Russian Far East. It is also a common plant in North America and South America where it has been introduced, most likely by settlers as a medicinal item. The plant is often found in waste and disturbed places and along roadsides and paths. In some areas it is considered an invasive species.

Tussilago farfara is the only accepted species in the genus Tussilago, although more than two dozen other species have at one time or another been considered part of this group.