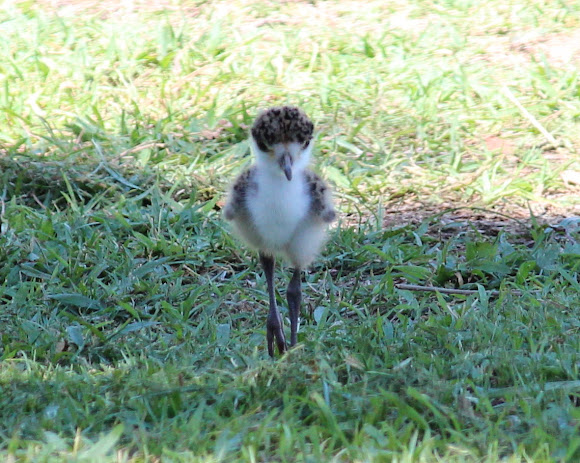 The Masked Lapwing (Vanellus miles), previously known as the Masked Plover and often called the Spur-winged Plover or just Plover in its native range, is a large, common and conspicuous bird native to Australia, particularly the northern and eastern parts of the continent. It spends most of its time on the ground searching for food such as insects and worms and has several distinctive calls.

I was alerted to this chick this morning by it's parents, screeching & herding it away once they saw me. They're so very cute when chicks.

They certainly are Cyndee :)

Thanks Yuko! They are adorable little birds.

Lovely series! In the pic #2, the chick looks like it's wearing a fur coat and heals. Very cute!