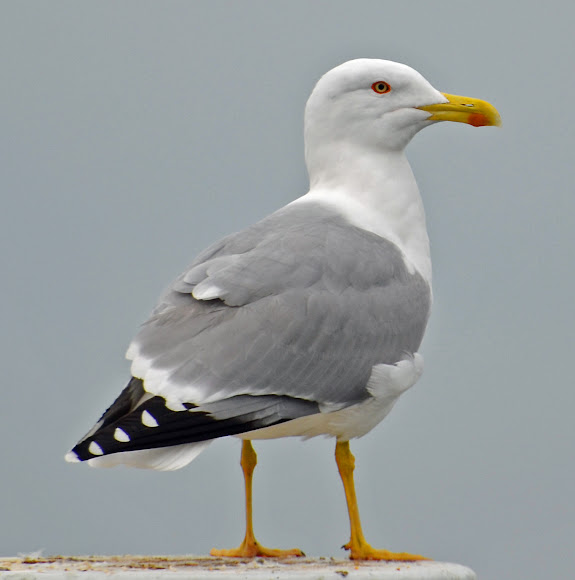 The Yellow-legged Gull is a large gull, ranging in length from 52 to 68 cm (20 to 27 in) in total length and from 120 to 155 cm (47 to 61 in) in wingspan. Its size can be appreciated against that of a black-headed gull in the second shot. This bird is at least in its 3rd winter but is wearing a summer plumage in the middle of what is so far a mild winter.

Spotted on the shore of a large central European lake, the only one amongst many black-headed gulls.

Thanks Nuwan and Ava!