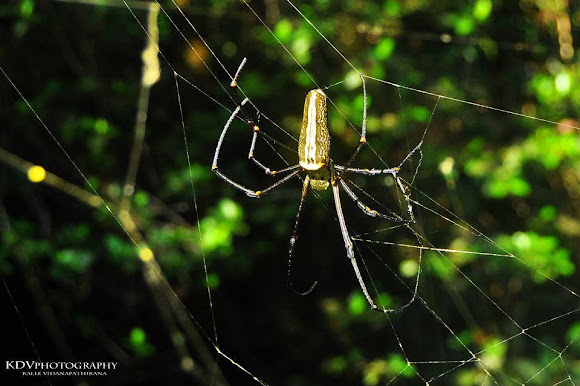 The golden silk orb-weavers (genus Nephila) are a genus of araneomorph spiders noted for the impressive webs they weave. Nephila consists of numerous individual species found around the world. They are also commonly called golden orb-weavers, giant wood spiders, or banana spiders. In North America, the golden silk orb-weavers (see also Nephila clavipes) are sometimes referred to as writing spiders due to occasional zigzag patterns (stabilimenta) built into their webs, though these occur much more frequently in the webs of Argiope, such as the St Andrew's Cross spider.