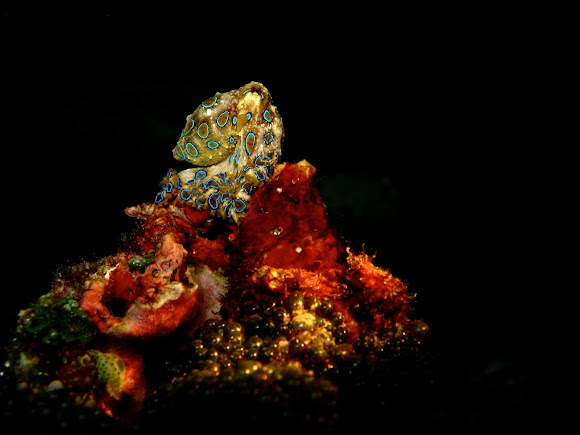 How do you see that in the ocean?

Simply beautiful. Thanks for posting.

Super! I love these spotting! we saw a little octopus similar to the blue-ringed but not so, while we were in Malapascua. Thanks for adding to the Visayas mission :-)