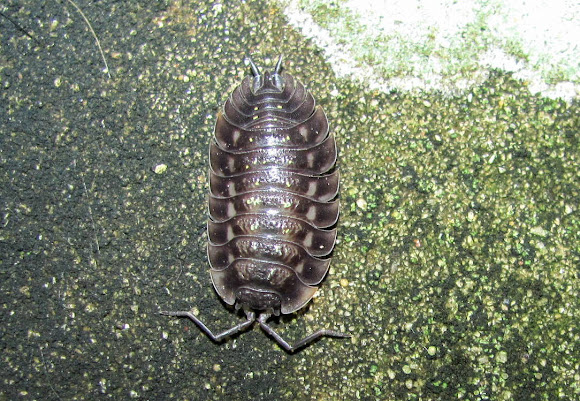 The woodlouse has a shell-like exoskeleton, which it must progressively shed as it grows. The moult takes place in two stages; the back half is lost first, followed two or three days later by the front. This method of moulting is different from that of most arthropods, which shed their cuticle in a single process. Metabolic rate is temperature-dependent in woodlice. In contrast to mammals and birds, invertebrates are not "self heating": the external environmental temperature relates directly to their rate of respiration.

Though today found worldwide, woodlouse populations in the Americas arrived from Europe by sea alongside humans.

Spotted in my backyard

@Thanks ForestDragon,we tried to improved,our "tecnic" is to take many photos to choose after in the computer the bests ;-)
@Thanks Scott for the ID
@Thanks KarenPuracan :-)
@Thanks Maria for your nice comment

Antonio, beautiful pictures! I think I need a new camera, haha. Mine never turn out so crisp!
I agree that this is a species of Woodlouse. These guys are similar looking to the Pill Bugs but are unable to roll into a ball. They are fairly common under rotting wood and debris.

Roly-poly! I love playing with them... They roll up into little balls then they scurry away.

thanks Hema for you nice comment Jabari for the ID