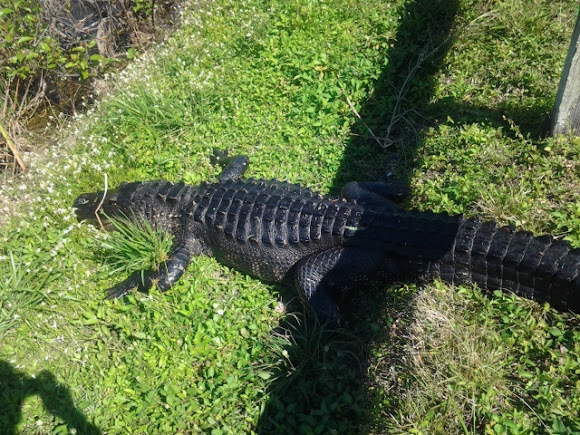 The American alligator (Alligator mississippiensis), sometimes referred to colloquially as a gator or common alligator, is a large crocodilian reptile endemic to the Southeastern United States.

Thanks Carol. I would say it was around 7 or 8 feet. I wasn't nervous though because these alligators are used to seeing people all the time. They will not attack unprovoked.

WOW! How long was it. How nervous were you to see this. Amazing!