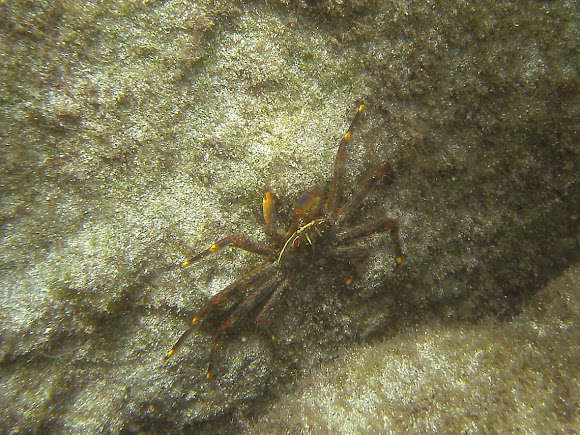 Widespread; found on both sides of the Atlantic Ocean and on the Pacific coast of North America from California to Chile, while in the Atlantic, natively from Florida to Brazil and from Madeira to the Gulf of Guinea. It has recently invaded the Mediterranean Sea. Lives among boulders near the shore in tidal areas.

There were 2 of these guys wedged in between to rocks on the jetty. I've seen this crab before but, haven't managed a decent picture as I've always seen them deep in a crevice and they are very skittish. This one however was more concern with gracing on the seaweed/algae on the rock at the time. In the last pic you can see the other one too.