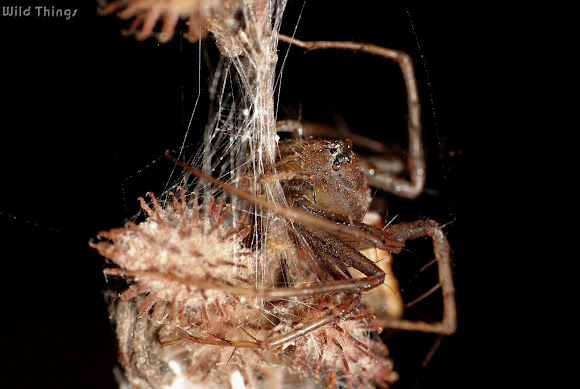 A Lynx Spider Female, guarding her egg sac. It will not budge from the egg sac and kept still. I later read about it that they will not move when protecting their egg sac.

Seen at a small forest near a farm.

Lynx spiders, in spite of being largely ambush hunters, are very speedy runners and leapers, alert and with good vision. Except when defending egg purses, many tend to flee rapidly when approached by predators or large creatures such as humans.

The spines are there to enable the spider to grab its prey.

It is so spiny itself ,would be hard for predators to see it. I admire it's dedication.

Hi Hema!
The spiny structures are the pods of the plant. The egg sac is clearly visible in the third pic. It is the white below the pods :)