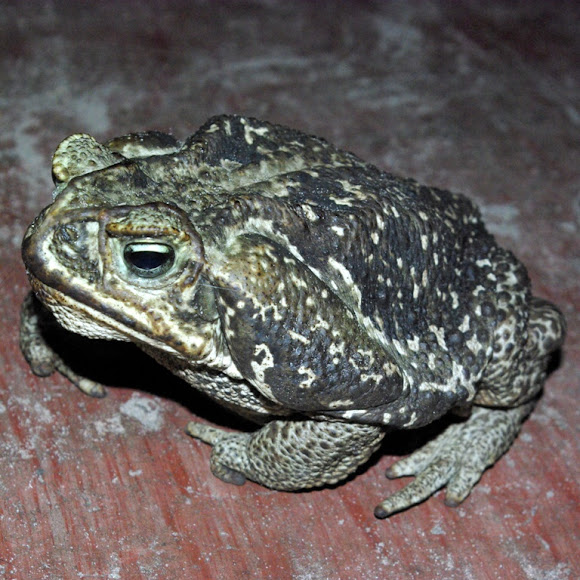 This is a huge toad and one of the most commonly-encountered amphibians in Paraguay - many emerging after rains even in cities! Though many Paraguayans believe him to be venomous, he is no such thing, though he does have a number of interesting adaptations to avoid predators. Firstly he is able to inflate the body making him difficult to swallow, and as a back-up he secretes a milky substance from the skin which causes nausea (there is no danger to humans in touching the animal, but it is advisable to wash your hands afterwards!). Toads that are handled may urinate, but there is no truth in the local belief that they deliberately try to urinate in the eyes of humans! (faunaparaguay.com)