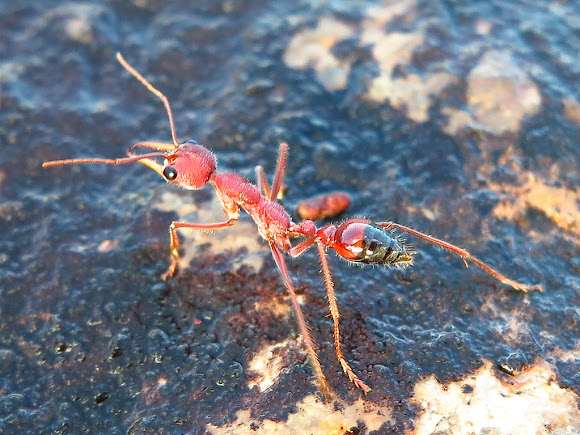 The Giant Red Bull Ant (aka "hoppy joe") is one of the largest ant species in the world, and is native to Australia. This specimen was approximately 3 cms in length. Regarded as a relatively "primitive" ant species, these ants are known to be solitary predators that are occasionally uncooperative with one another, whose social behaviour is poorly developed in comparison to more advanced species. They are notoriously aggressive hunters. This one kept following me around, pincers first!

Spotted on a damp section of granite rock, on the rocky banks of Bald Rock Creek (along the Junction Track) in Girraween National Park. At least 20 metres from the nearest vegetation. The species is found in southeast Queensland and eastern New South Wales.