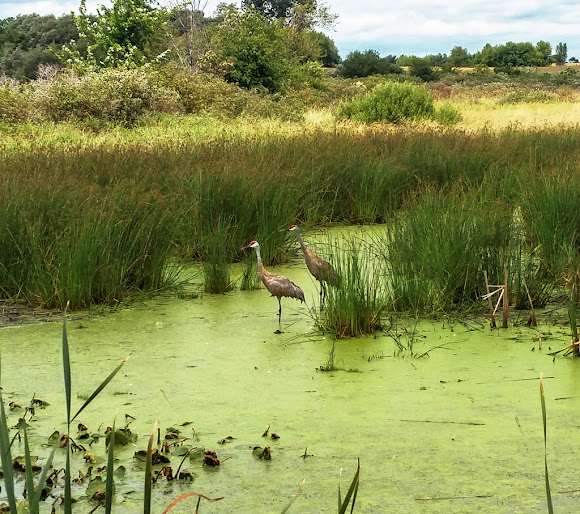 Although some start breeding at two years of age, Sandhill Cranes may reach the age of seven before breeding. They mate for life—which can mean two decades or more—and stay with their mates year-round. Juveniles stick close by their parents for 9 or 10 months after hatching. The earliest Sandhill Crane fossil, estimated to be 2.5 million years old, was unearthed in the Macasphalt Shell Pit in Florida. Sandhill Crane chicks can leave the nest within 8 hours of hatching, and are even capable of swimming. The oldest Sandhill Crane on record was at least 36 years, 7 months old. Originally banded in Wyoming in 1973, it was found in New Mexico in 2010.

I would love to see these birds someday. Thank you for the information and for sharing :)