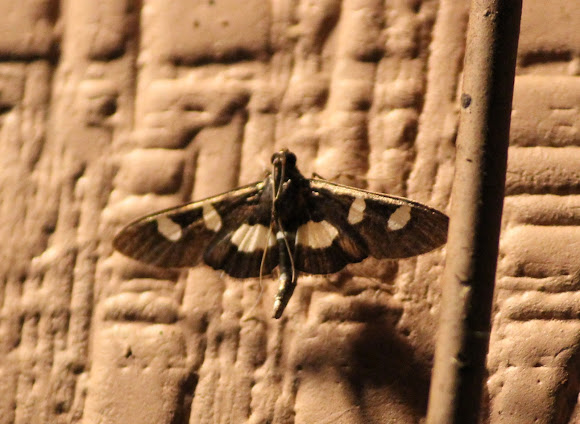 The wingspan is 21-28 mm. Adults are on wing from May to September. It is a day-flying species. There are two to three generations per year. The larvae feed on Vitis, Cercis canadensis and Oenothera. It is considered a minor pest of grapes in the United States

The grape leaffolder (Desmia funeralis) is a moth of the Crambidae family. It is found across the southern parts of the United States to California, north to the northeastern states and southeastern Canada.