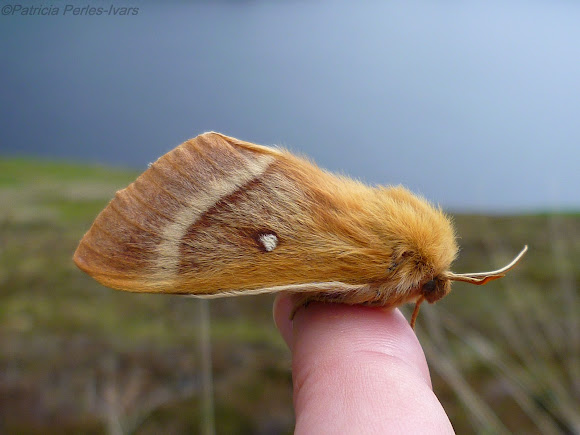 The red-brown males fly during the day, especially in sunshine, whereas the larger, paler females are nocturnal and can be attracted to light. The normal flight period in lowland southern Britain is July to August, and in the north from late May to early July. Adults from northern moors, and some dunes and southern heaths, are often larger and darker than most southern forms. (the one of the pics is a female)

widely distributed all over Europe and Asia, is never abundant in any locality