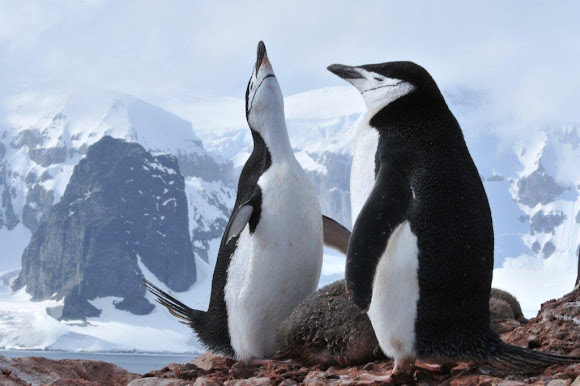 The Chinstrap Penguin name derives from the narrow black band under their heads. Chinstrap penguins are one of the most easily identifiable of all of the penguin species, mainly due to the marking on their chins.

The Chinstrap Penguin is a small species of penguin which is found in habiting the rocky land and islands of the Antarctic Ocean.

Simply beautiful! I am really enjoying all your spottings Marie!