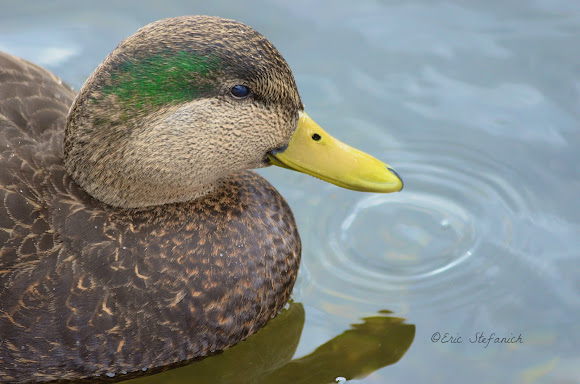 Size & Shape American Black Ducks are large ducks with a profile nearly identical to Mallards. They have rounded heads, thick bills, and bulky bodies. Like other dabbling ducks they sit high in the water with their tails high. Color Pattern American Black Ducks have very dark brown bodies with pale gray-brown heads and yellow-green bills. Females tend to be slightly paler than males, with duller olive bills. In flight, the underwings are bright white. The secondaries (speculum) are iridescent purple without white borders.

nest in eastern wetlands including freshwater and saltmarshes. During migration and winter, they rest and forage in protected ponds, marshes, and bays.

I love ducks! So cute!