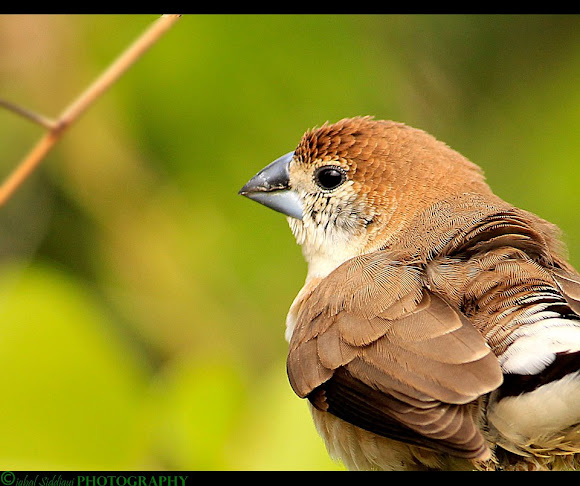 The Indian Silverbill or White-throated Munia (Lonchura malabarica) is a small passerine bird found in the Indian Subcontinent and andjoining regions that was formerly considered to include the closely related African Silverbill (Lonchura cantans). This estrildid finch is a common resident breeding bird in the drier regions of the Middle East and the Indian Subcontinent. It has also been introduced into many other parts of the world and has become established in some areas. They forage in small flocks in grassland and scrub habitats.